[Following is an official OnlineBookClub.org review of “Dirty Science” by Bob Gebelein.]

Have you ever experienced the paranormal, had a prophetic dream, or expressed your belief in God? Have you also been threatened with intimidation, ridicule or dismissal for displaying these beliefs to anyone in the scientific community? You’re not alone.

Dirty Science by Bob Gebelein is written by a Harvard graduate who is fully aware of the bias against legitimate studies of the mental and spiritual realms. This bias is not only prevalent in science, but in the academic world at large. To him, it is an absolute travesty that unscientific methods are preventing our cultural advancement and understanding of these topics. Scientists regularly put forth refutations and criticism of what they refer to as “pseudoscience” and propagate the only accepted agenda that all must robotically parrot: there is nothing in existence beyond the physical world. The author strongly disagrees with this approach because of his own self-discoveries in psychotherapy and spiritual enlightenment. This book teaches you to spot the unscientific methods scientists use to discredit anything that doesn’t correspond to their worldview so that you too can help to change the culture by being aware of these techniques and exposing them to others.

What initially drew me to this book was the fact the author graduated from Harvard. I couldn’t believe that someone with an Ivy League education had actually escaped the mind-warping techniques that had almost corrupted me at my equally close-minded university. For someone with Harvard credentials to write a book in defense of the supernatural and maligned psychologists like Freud and Jung was intriguing.

This book is impeccably edited. I couldn’t find a single error, and every source is compiled in a lengthy bibliography at the back of the book. The author made every effort to approach this work as academically as possible without making the writing boring. Although I thought he focused a bit too much on his experience with psychotherapy, it is evident he feels passionate about the subject and truly believes in its merits and ability to help average people explore their innermost selves.

I was more interested in his spiritual experiences and dreams, since that’s something I can relate to. I didn’t agree with his conclusions on some spiritual matters regarding sexuality. My own spiritual experiences taught me the exact opposite of what he practices. Still, it was interesting to read his point of view on matters and how he came to believe them.

This book is designed to prove the existence of a world beyond the physical and expose the corruption of our institutions of higher learning and those that religiously deny its validity through unscientific means. Since the author absolutely achieves this aim to my satisfaction, I rate this book 4 out of 4 stars. This book will expose the establishment’s pitiful arguments against parapsychology that so-called “authorities” use to discredit their opposition. By the time you finish reading, you’ll be able to recognize a legitimate argument from an unscientific one. If you’re not willing to examine the flaws in scientific thinking, then this book probably isn’t for you. If you’re curious to learn more about verifiable proof of the supernatural, this book will certainly interest you.

Dirty Science is an unusual and thought-provoking work of non-fiction by author Bob Gebelein, which attempts to explain ‘How Unscientific Methods Are Blocking Our Cultural Advancement’. The book begins a discussion on the nature of the absolute faith we, in the modern day, place in science, and how this can sometimes prove unwise and prevent progress and new philosophical thinking in other areas of the discipline. Whilst science has its place in the world, the examples chosen in this complex read are intended to help its audience see the genuine nature of science and identify the ‘unscientific’ elements where pride, politics, and empiricism may stand in the way of explorations of the mental and spiritual realms in which we also abide.

Though it takes a little while to get your head around the text, the writings and arguments which author Bob Gebelein explores in Dirty Science truly open the mind to possibilities beyond just believing what we are told in the mainstream. The legitimacy of the scientific establishment has often been called into question as an elitist and politically-motivated organization, but Gebelein gives comprehensive and compelling explanations as to why that may be, and what can be done about it to allow science to progress beyond a simple categorization of the physical world around us. I particularly enjoyed the sections on seemingly irrational concepts like precognition and clairvoyance, as well as the comparisons made to a sense of faith in religion. Overall, Dirty Science provides much food for thought in a well-written and accessible format.

In “Dirty Science,” Harvard educated Bob Gebelein discusses corruption in the scientific establishment in regard to accepting scientific research outside of the realm of physical science. Gebelein is dismayed to see the current trend of people who are viewed as scientific authorities being placed upon a pedestal of infallibility, where they can discount someone else’s research without needing to offer proof using scientific method. These scientists focus on physical science, which can be seen and proved by physical evidence, as being the only true science. Anyone reaching beyond this limited viewpoint by exploring areas outside the accepted physical beliefs is ostracized and shunned to the point of being denied publication, funding for research and even employment. These fear tactics have become the norm – the result blocking our entire culture from the benefits of scientific exploration in the mental and spiritual realms. This book was written to educate readers about this issue of “Dirty Science,” so that they can recognize when unscientific methods are being used to discredit someone.

While “Dirty Science,” is a discussion about science and the importance of using the scientific method in research, you do not have to be a scientist to follow this. Gebelein does an excellent job of explaining what the reader needs to know to understand the severity of the issues presented. His style of writing is very easy to follow, even though he is discussing a complex matter. He also does not discount valid scientific research, he just wants “the experts,” to acknowledge that there is scientific evidence that validates science that goes beyond physicalism. His education and dedication to research demonstrates that his findings are credible.

Like Gebelein, I do believe in science, but I also believe that science exists outside of the realm of physical science and that researchers should have an opportunity to present their research without fear of their careers being ended. It is important to note that the author discussed valid research that has been done in the area of parapsychology. I personally have had many experiences that I have been unable to explain. I know that there are many others like me. I want to be able to refer to valid research to get an idea of what I might have been experiencing. As long as credible researchers are discouraged from sharing research in outside of physicalism, our resources will be limited.

I look forward to reading several of the sources that are mentioned. “Dirty Science,” would be an excellent textbook for critical thinking courses. I participated in a critical thinking course at California State University, Fresno. This course was titled, “Science and Nonsense.” It was taught by two physicists – one believed in a higher power and the other did not. This book would have been a perfect reference for that course! It was fascinating, and both professors approached the topics discussed with open minds. I am so grateful that I had that opportunity, because “Dirty Science,” is a reminder that this is rare. Having enjoyed “The Mental Environment,” also written by Bob Gebelein, I am pleased to recommend “Dirty Science.” It will open reader’s eyes.

Bob Gebelein exposes the pervasive ways that true Science is being undermined by the physicalist bias of most conventional scientists. His personal explorations and challenges to institutions ranging from Harvard to Wikipedia make for fascinating reading.
— Sally Rhine Feather, Executive Director Emeritus,
The Rhine Research Center

In Dirty Science, Gebelein provides a valuable service by exposing the non-rational rhetorical devices, especially ridicule, used by academic fundamentalists to make their case and camouflage the logical weaknesses in their arguments. He also shows how such tactics are used to supplement more direct methods to suppress heresies such as parapsychology and Freudian psychology within academia.
— John Palmer, former Editor, Journal of Parapsychology 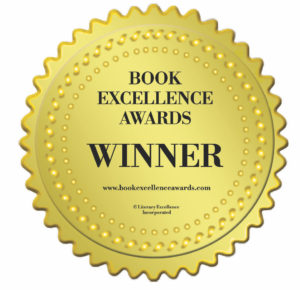